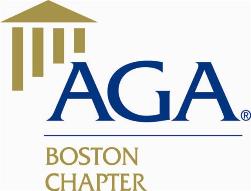 Speakers and topics* will include:

*Event agenda is subject to change.

If you have any questions about this event, please contact Aprel McCabe, Programs and Education, AGA Boston Chapter, at agaboston.education@gmail.com. 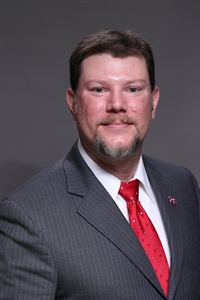 Gerry has been with the Tennessee Comptroller of the Treasury, Division of State Audit, since January 1995. He is a Certified Public Accountant, a Certified Government Financial Manager (CGFM), and a Chartered Global Management Accountant (CGMA).  He was a Legislative State Auditor for five years before becoming State Audit’s Technical Manager.  As a Legislative State Auditor, he served as an audit in-charge for three of the five years primarily on college and university audits.  As the Technical Manager, he is primarily responsible for monitoring GASB, FASB, AICPA, OMB, and GAO accounting, auditing, and compliance standards relating to financial statement and financial-related audits. He reviews financial statement audits for adherence to the above principles and standards, as well as to AICPA and GAO auditing standards.  He is responsible for responding to all due process documents of the above standard setters, as applicable.  He serves as a representative of the National Association of State Auditors, Comptrollers, and Treasurers (NASACT) by observing and writing an account of the GASB meetings.

He was a member of the AICPA’s Auditing Standards Board for a three-year term (January 2015-January 2018) and its Audit Issues Task Force (AITF).  He has served and currently serves on various GASB, NASACT, GAO, and AICPA task forces and working groups.  He represents State Audit on the National State Auditors Association’s Single Audit Committee; Auditing Standards and Reporting Committee (ASRC); and Peer Review Committee. He has served as a Vice Chair for both the Single Audit and ASRC committees.  He is also an active member in the Association of Government Accountants (AGA).  He currently serves on the AGA National Governing Board (NGB) as AGA National President-elect and will serve as National President beginning July 1, 2021.  He was the Nashville AGA Chapter President for the 2006-07 program year.  He served on AGA’s Professional Certification Board (PCB) for seven years (2007-2014) and as the Chair of the PCB for four of those years.   He was also a member of AGA’s National Executive Committee (now NGB) as a result of being the PCB Chair.  He served on AGA’s Governance Committee July 1, 2015, through June 30, 2019, and as Chair for the 2017-18 program year.  He served as AGA’s Southeast Regional Vice President (RVP) during the 2015-16 program year and as a result served on AGA’s national Nominating Committee.  He served as a member of the Government Finance Officers Association's (GFOA) Committee on Accounting, Auditing, and Financial Reporting (CAAFR) for two three-year terms (2004-2009) and serves on the Special Review Committee for its certificate of achievement program.  He is also a 2011 alumnus of the Tennessee Government Executive Institute.

He has a BA degree in accounting with a German minor from Murray State University (MSU) in Murray, KY.  He is a 1994 graduate of MSU.  He is married to Melissa Boaz.  He enjoys playing golf. 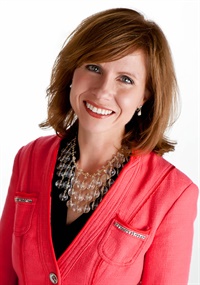 Certified Speaking Professional: Write It So They Read It

With more than 27 years’ experience on the seminar circuit, Certified Speaking Professional Mandi Stanley works primarily with business and governmental leaders who want to boost their professional image by becoming better speakers and writers. She has customized leadership-level writing intensives for such clients as:

Mandi served on the faculty of the American Management Association for five years. She is a regular presenter for the National Association of State Auditors, Comptrollers, and Treasurers’ Emerging Leaders Conference. During the past year, she has presented several virtual classes for the Office of the Comptroller and the Department of Developmental Services of the Commonwealth of Massachusetts.

In 2003, Mandi was designated a CSP, Certified Speaking Professional, becoming the first Mississippian to receive this designation through the National Speakers Association. She’s the award-winning business author of The No-Panic Plan for Presenters: An A-to-Z Checklist for Speaking Confidently and Compellingly Anywhere, Anytime.

Audiences appreciate her platform enthusiasm, interactive style, and content-rich messages. She’s here today to help us get our written messages across with the results we want.

Office of the Comptroller, Commonwealth of Massachusetts

Paul has worked much of his career with state government in the areas of financial management, systems development, risk management and internal controls. He has held positions which have included Executive Director, CFO, Comptroller and Director of Risk Assessment for various non-profit and state organizations.

Paul possesses an MBA and an M.Ed.  He holds certificates as a Fraud Examiner (CFE, active) and Government Financial Manager (CGFM, retired).

Commonwealth of Massachusetts, Office of the State Comptroller: Organizational Transformation

A native of Norwood and graduate of Norwood High School, Bill McNamara earned his Bachelor of Arts in Economics and English at Williams College and a Master of Business Administration with a concentration in finance at Dartmouth College’s Tuck School of Business.

His post-M.B.A. career began at Norton Company in Worcester, where he was the senior business analyst in the office of the CFO and Controller. Transitioning to the investment industry in 1992, McNamara spent sixteen years at Fidelity Investments. He rose through the finance function to become CFO of a major division with a budget of over $500 million.

Moving to investment management and distribution, he applied new analytic and data techniques to product management and strategic marketing for a multibillion-dollar mutual product line. After leaving Fidelity, he spent time as an investment industry consultant and at an investment firm before joining the Department of Revenue (DOR) as Deputy Commissioner in 2016.

McNamara had a broad range of responsibilities at DOR including managing legislative and external affairs, communications, and policy. Working with DOR’s team of economists, he implemented new approaches to taxpayer data in order to better understand the impact of economic conditions and federal law changes on taxpayers. As Assistant Secretary in the Executive Office for Administration and Finance, McNamara oversaw budgeting and spending across several key agencies and in the information technology function.

Guillermo currently serves as the Business Management Specialist within the Statewide Risk Management Team at the office of the Comptroller. Having previously worked in the private sector, most recently as an Assistant Branch Manager at Citizens Financial Group, Guillermo ensured compliance with federal regulations, researched customer expected transactions to identify potential risks to the institution, and managed employee access to sensitive and confidential data. During his tenure at Citizens, Guillermo experienced firsthand fraudsters attempts to defraud the institution and customers alike. 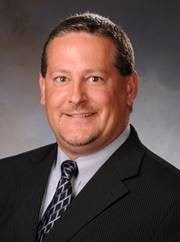 James P. Kreiser is a Principal at CLA in the Specialized Advisory Services group. He has 23 years of professional services experience in providing consulting and advisory services. He has held roles of Chief Risk Officer, General Auditor, and others. His focus has primarily been in the governmental sector, higher education, and healthcare industries. His focus is on clients particularly on consulting, IT, internal audit, and third-party reporting services.  He is a CISA, CRMA, and CFSA.

This program has ended.
Ok